Secure the supply of drinking water in the face of urban growth: Dr Barbara Hammer, professor of computer science from Bielefeld University, and three other European scientists will be exploring new technologies for this purpose. The European Research Council (ERC) is supporting the four scientists in their project Water-Futures with its Synergy Grant—one of the European Union’s most prestigious research grants. For the next six years, the four researchers will receive a total of 10 million euros, 2.4 million euros of which will go to Bielefeld University.

‘Barbara Hammer and her three fellow academics have prevailed against strong competition with their project proposal. This is an impressive success and I extend my sincerest congratulations to Barbara Hammer,’ says Professor Dr.-Ing. Gerhard Sagerer, Rector of Bielefeld University. This achievement shows that Barbara Hammer numbers among the internationally outstanding academics in her field of research, machine learning. Together with Marios Polycarpou, Phoebe Koundouri and Dragan Savić, she is focusing on a topic that is of vital importance for life in our cities. I am sure that by complementing each other’s strengths, the four researchers will achieve far-reaching insights and solutions in the field of drinking water supply.’

In this project, Barbara Hammer and her research group are working on explanatory machine learning for spatio-temporal data. ‘We are developing methods for a technology that is controllable and geared to its users,’ says the computer scientist. ‘The decisions of technological systems must be understandable.’ To achieve this, the systems must be able to explain models and calculations on which their prognoses are based—in contrast to the usual machine learning process. ‘For example, waterworks operators do not have to rely blindly on the information provided by the computer, but can make their own decisions thanks to the additional information provided.’

The new methods developed by Hammer’s working group should in future help to detect any factors and situations that put a strain on the drinking water system. ‘Only then will it be possible to adjust the drinking water supply to meet changing demand in the long term.’ A large number of sensors are used in drinking water networks, for example to detect bacterial contamination or pipe leaks. ‘We are therefore also working on algorithms that calculate previously unknown and possibly critical situations from the data obtained,’ says Barbara Hammer. The new technology should also enable operators to determine in advance what impact different strategies, such as pricing policies, will have on customer behaviour.

Academic at Bielefeld University since 2010
Barbara Hammer graduated in mathematics at Osnabrück University. She went on to receive her doctorate in computer science (with distinction), likewise at Osnabrück University, where she subsequently completed her habilitation. In 2004, she took up a professorship at Clausthal University of Technology. In 2010, she accepted an appointment at Bielefeld University. She is professor of machine learning and heads the research group in this field at the Faculty of Technology. Barbara Hammer is head of the NRW-wide Research Training Group Data NInJA, which investigates how complex processes in private and professional life can be simplified with AI. She conducts research at the new Joint Artificial Intelligence Institute (JAII) of the universities of Bielefeld and Paderborn. She is also a member of the CITEC Institute at Bielefeld University, which investigates cognitive interaction technology, and the CoR-Lab, the Research Institute for Cognition and Robotics at Bielefeld University.

The ERC Synergy Grant
The European Research Council (ERC) awards its Synergy Grant to a group of two to four excellent young researchers or established active researchers with outstanding academic achievements. The grant generally funds their research with up to 10 million euros over six years. Execution of the projects should only be possible through cooperation between the applicant researchers. The projects should lead to discoveries at the interfaces between established disciplines and to significant advances at the frontiers of knowledge. They excel through new methods and technologies or even by taking unusual approaches. The success rate of the current call was 8 per cent. ‘The fact that we have been successful despite the strong competition for funding is also due to the excellent support of the Department for Research Administration and Technology Transfer (FFT) here at Bielefeld University,’ says Barbara Hammer. 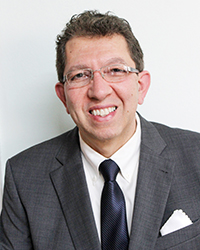 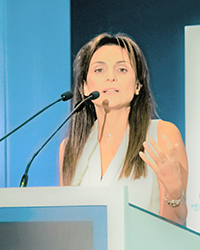 Dr Phoebe Koundouri, professor of economics from the University of Economics in Athens. Photo: Stavros Gianoullis 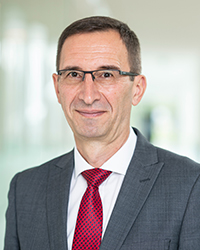