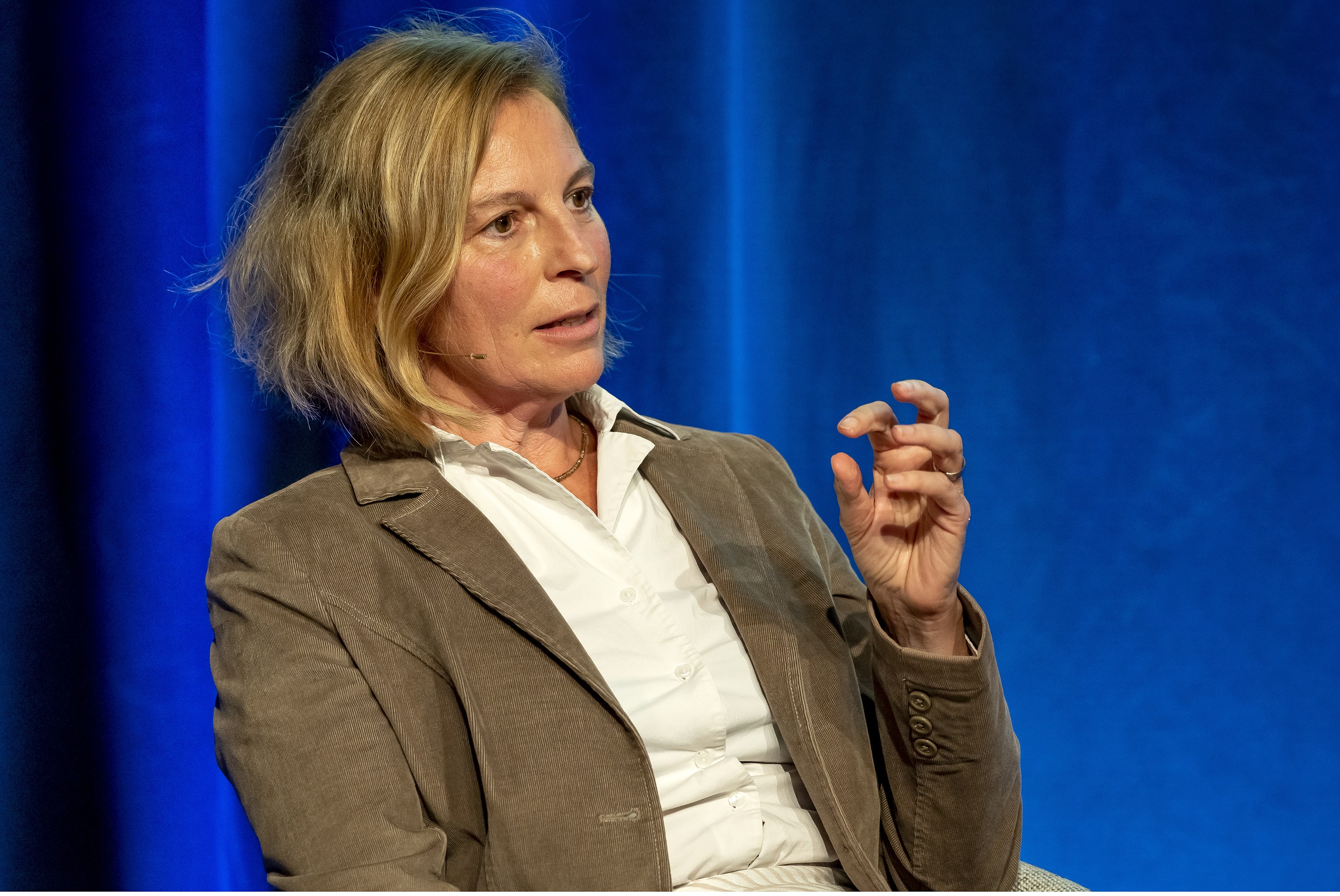 Mrs Schneider-Braunberger, you did your PhD in History in 1996. If you remember starting your career: How did you find your way into the job?

Andrea Schneider-Braunberger: My entry was, I think, unusual. The day after the disputation of my doctoral thesis, I received an amusing phone call from my doctoral supervisor. He told me about a vacancy at the Gesellschaft für Unternehmensgeschichte (GUG) for the position of managing director and asked me if I was able to formulate business letters in English. I was actually very good at that because I had worked in a typing pool during my studies. Then I applied here the same day, was invited for an interview the second day after my disputation, and got the job. At the time, I had also applied for a volunteer position at the German Historical Museum and for a position as an advisor to the German Bundestag. So it could have turned out very differently. – But that is how I ended up, without having the goal, in the position I still work in today.

To be managing director just a few days after the disputation: How did you experience it?

Andrea Schneider-Braunberger: I found it appealing to find a job where I could apply the knowledge I had acquired in my history studies. At the same time, I have to say: I studied modern history and did my PhD there, but I knew nothing about corporate history. I will give you an example: It was one of my first tasks in my first year here at GUG to organize a symposium. That was in 1996, when I looked through the list of topics of the GUG symposia since their foundation in 1976. And that is when I noticed: National Socialism was not on that list. That would be an exciting topic! The symposium on National Socialism actually took place here in early 1997. At the same time, pressure was being exerted in the USA on Deutsche Bank and Allianz AG to come to terms with their own Nazi history. And it was only after the symposium that it became clear in Germany as well: you have to come to terms with corporate history in the Nazi era. So, looking back, I would say: This symposium on National Socialism also took place because I was a bit naive.

You work for the Gesellschaft für Unternehmensgeschichte. Where do you work, exactly?

Andrea Schneider-Braunberger: When the Gesellschaft für Unternehmensgeschichte e.V. was founded in 1976, it had the task of strengthening the subject of corporate history as a non-university institution: on the one hand, by organizing scientific conferences, symposia and working groups, and on the other hand, by publishing the “Zeitschrift für Unternehmensgeschichte”. These are the tasks we still have today as the Gesellschaft für Unternehmensgeschichte. In addition, as a non-profit association, we also carry out, for example, a project in which we develop material on corporate history for school lessons. In addition to these non-profit activities, we are economically active: Since the 1980s, GUG has been commissioned by companies either to set up a corporate archive or to carry out a study; be it on a specific question or on the entire history of the company. Due to the fact that we have received more and more orders from companies, a good ten years ago we came to a limit that we are not allowed to exceed as a non-profit organization: to generate more than half of our revenues in the economic field. That is why we founded the Gesellschaft für Unternehmensgeschichte mbH in 2012.

You head the Gesellschaft für Unternehmensgeschichte. What are your most important tasks?

Andrea Schneider-Braunberger: First, I design our scientific projects: in terms of their content and their budget. Secondly, I have the role of a mediator between different actors: On the one hand, it is my task to explain to the companies why it is important to work on corporate history scientifically and what scientific work means in this context. On the other hand, it is my job to ensure that our authors, who are employed on a fee basis, have the confidence that we do not engage in any whitewashing and that the authors’ scientific freedom is guaranteed. Sometimes the press also comes in as a stakeholder. So it is a translation job that I have between different social worlds. Thirdly, as managing director, I have commercial tasks, contractual matters to take care of, and also strategic planning to drive forward.

What tips do you have for colleagues from sociology or history who are interested in a career in the occupational field you are in?

Andrea Schneider-Braunberger: Gain practical experience to find out where your own passions, strengths and weaknesses lie! On the one hand, the working environments in which historians or sociologists work are very different. On the other hand, we also learn about ourselves in these working worlds: For some people, it is great to deal with many people or to work in a group. And others manage well as lone warriors, for example in the basement of an archive.

Mrs Schneider-Braunberger, thank you for the conversation!

The interview was conducted by Ulf Ortmann.

You can find the complete (german) interview here: pdf.

Further information on the non-university careers project is available here.

The previous interviews in the series are available here.